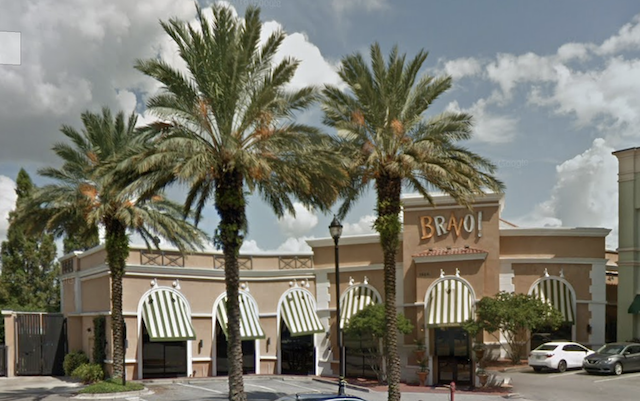 The owners of Norman’s, the elegant restaurant in its final days as a tenant at the Ritz-Carlton Orlando, announced Saturday evening that it will relocate to Restaurant Row. The Norman Van Aken headed concept will move into the space formerly occupied by Bravo! Cucina Italiano at the Dellagio Plaza.

The announcement was made at a “Movin’ on Out” dinner at Norman’s that was prepared by visiting and local celebrity chefs. According to an attendee of the dinner, partner Thomas Wood announced the move and said, "It's going to be the most extravagant restaurant in Orlando because we have something to prove.”

Wood said in an email Sunday that the restaurant won't open until "sometime in 2020. We have to do an extensive remodel and that will take some time." VAn Aken, also in an email message Sunday, said, ""We are very much looking forward to the continuation of being in Orlando!"

Norman’s owners announced in May that the restaurant would be closing after 16 years of leasing space at the Ritz-Carlton because the hotel wanted to install its own concept. (Early rumors are that it will be a steakhouse.)

When it opened, Norman’s at the Ritz-Carlton was a second location of sorts for Van Aken’s popular restaurant in Miami’s Coconut Grove neighborhood. It was there the he won the Best Chef: South award from the James Beard Foundation. Van Aken was also one of a few South Florida chefs striving to create a new cuisine that would be uniquely Florida’s. Their style came to be known as Floribbean or New World Cuisine.

The Ritz-Carlton location will have its last service on Aug. 31.